The Anatomy of A Personal Injury Case: What To Expect When You Hire A Lawyer

You’ve been in an accident. You’ve been injured. Maybe you’ve even sustained some property damage. As an initial step, you tended to your injuries. You know that your next step, inevitably, is to call a lawyer.

If this is your instinct, then you’re spot on. A personal injury insurance case is definitely not something you should attempt to handle on your own. But let’s face it: At this juncture, you probably have far more questions than answers. And hiring an attorney may not necessarily soothe all of your nerves. It can feel scary to entrust your case to another person, even if that person is a trained professional. And at the outset of your case, it’s natural to feel a bit in the dark about what is happening.

Nonetheless, knowing what lies ahead of you can reduce a good bit of the anxiety you may feel once you decide to take action.

That said, we will spend the next few paragraphs breaking down the process, based on the two major movements in a personal injury (PI) case: the insurance claim process, and the litigation process.

Please bear in mind that this is intended to be a general primer – not an exhaustive account of what can or will happen in your case. Every situation is different, and tactics will vary from attorney to attorney and case to case. This is certainly not meant to be taken as legal advice, so please consult an attorney if you have further questions.

A personal injury case often conjures images of dramatic courtroom scenes. Typically, though, the first step is a little less worthy of the big screen: filing a claim against the other party’s car insurance policy. There are situations in which an attorney may recommend filing a lawsuit either before (or along with) the insurance claim, but typically, parties opt to go through insurance before taking the dispute to the courts. And in many cases, the insurance claim is where the case stops.

Much like a lawsuit, however, the purpose of an insurance claim is to demonstrate that the other party was at fault for the accident and because of that, he or she should compensate you for your injuries.

Note, though, that in some cases, you may also file a claim against your insurance policy, but this is typically when the other party’s policy limits are insufficient to cover your damages. Typically, though, this will only happen if you have what is called “underinsured” motorist coverage. Speak with your attorney about what options may be available to you.

To build a strong insurance claim, your attorney will put together what’s called a “demand package” – that is, a compilation of all documents needed to show that you sustained real, concrete injuries from the wreck. This will include items like:

Typically, your lawyer will also include a demand for compensation. Sometimes, it will be in your best interest to assign an actual monetary value to that demand. In other cases, you will not include a number. Every case is different, and your attorney will advise you on the best strategy for your case.

Once your lawyer has (with your help and cooperation) compiled your demand package, he or she will submit it to the adjuster assigned to the case, the adjuster will review it, and the negotiation process will commence. Bear in mind that the adjuster will not offer you the full amount you are seeking. You will likely work with your lawyer to negotiate an amount you believe will fully compensate you for your injuries.

If you ultimately accept a settlement offer from the adjuster, then you will sign a settlement agreement. This effectively prevents you from filing a lawsuit against the other driver in the future, for the same accident. If you settle, the case is done. If you reject the offer, then your only recourse is to file a lawsuit.

If your insurance claim did not pan out the way you hoped, you still have a legal option: filing a lawsuit. Unlike the insurance claims process, though, you will not be working with the insurance adjuster. Instead, your attorney will deal directly with another attorney representing both the individual that hit you in the accident and that driver’s insurance company.

While many parties envision heading straight to court, the reality is that most of the litigation process happens outside the courthouse walls. In fact, in many cases, you may not ever set foot in the courtroom at all.

The litigation process starts with filing a complaint, which is a formal legal document that sets forth all of your allegations against the other party. The complaint has to be “served” on the other party at his or her home or place of business, and upon receiving it, that person has thirty days to file an answer either accepting or denying the allegations. This is known as the “pleading” process.

Once the parties exchange pleadings, the next step is generally discovery, which involves exchanging documents and information. Each party has the right to request documents from the other party, to ask a series of written questions called “interrogatories,” and to depose each other and any witnesses and/or experts. Discovery can take months. However, in a personal injury lawsuit that directly follows the insurance claims process, discovery is much easier, as you’ve already produced much of that documentation for the insurance claim.

From there, the path diverges: Cases can either settle informally, be assigned to mediation or arbitration (depending upon the monetary amount in controversy), end up in court over a discovery dispute, or ultimately, head to trial – but less than five percent of personal injury cases go to trial. The VAST majority are resolved in some fashion outside of the courthouse.

What You See Isn’t What You Know: The Tip of the Iceberg

When it comes to pursuing a personal injury claim, keep the “Iceberg Principle” in mind: What you see on TV or read in John Grisham novels is NOT reality. Pursuing a claim is less Atticus Finch and feats of legal prowess and more preparation, waiting, negotiating, repeat. Stepping into a case with the right mindset – and expectations – will make the process far less daunting.

Have questions about your case, or looking for guidance? Call Yale Haymond Law PLLC today for a free consultation. We proudly work on a contingency basis, which means you don’t pay until your case is settled. If you are looking for a personal injury attorney, reach out to us for a free, no-obligation, consultation to discuss your options. 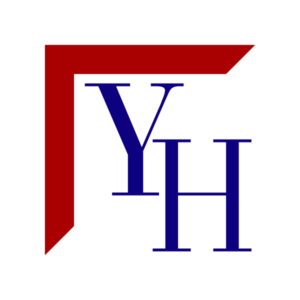 *Disclaimer: Any information you obtain from this site is not, nor is it intended to be, legal advice. You should consult an attorney for advice regarding your individual situation. Contacting us does not create an attorney-client relationship. Please feel free to contact us.*